April 28, 2019 — ALBUQUERQUE, NM — As part of the 2019 B2B Expo, EXHIB-IT! has awarded Bosque Brewing Company as the winner of the first, statewide Best Local Brewery Competition. This new competition was judged by nearly 800 Expo attendees.

Guests voted for their favorite brewery after sampling an IPA and Seasonal flavored beer from:

“We have one of the best brewery areas in the nation,” said DJ Heckes, CEO of EXHIB-IT!. “And as part of our goal to help connect business leaders in New Mexico, we knew these companies would be a great addition to the event.”

Each category winner was awarded with $6,825 in marketing and advertising from Albuquerque Business First, Cumulus Media and EXHIB-IT!.

EXHIB-IT!’s B2B Expo is New Mexico’s premier networking event. The event’s mission is to foster economic development by creating a prosperous learning environment through a network of leaders. To find out more about the B2B Expo visit https://b2bexponm.com/. 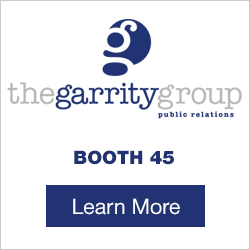 "I LOVED last year’s B2B event. I made new connections, gained valuable knowledge that I continue to use today, and met new prospects who became clients.
We are proud to sponsor the 2020 event again this year!"
DENA CRAINMENICUCCI INSURANCE
"Exhib-it’s B2B Expo is THE networking event of the year. This is our fourth year as an exhibitor and sponsor because it’s the one event in which we participate that always results in expanding our brand AND our client base.
Each year’s event improves over the last!"
TOBY YOUNIS AND SHELLEY CARNEYVIDEOTERO, LLC
"EXHIB-IT!'s annual B2B event is a great opportunity to showcase your business to the Albuquerque networking community as well as introduce yourself to other local businesses and strengthen business relationships you've already started.
HUNDREDS attend each year. It truly is a 'don't miss' event."
STEVE REIMANN, SALES MANAGERKNKT 107.1 FM
"EXHIB-IT's Annual B2B event is probably one of my favorite and absolute MUST-ATTEND events I look forward to each year. The connections I have made at this event are truly priceless, and have catapulted my business forward."
MARALYN BECK, CHIEF DIGITAL STRATEGISTBRAVE SOCIAL
"The ability to interact with other businesses and the support of local charities makes this a very worthwhile event. We very much look forward to being a
Platinum Sponsor at the upcoming 10th Annual B2B Expo."
GREGG RUSSELL, BUSINESS LINK REPRESENTATIVEMELLOY DODGE
"The relationships I have developed through the strategic networking at DJ's B2B Event has been an asset for our business. There has always been fantastic energy and collaboration at every event. People, this is one event you do not want to miss!!!"
JOHN REIMANN, ACCOUNT MANAGERFASTPARK & RELAX
"The B2B Expo NM is by far the largest collective of local talented entrepreneurs under one roof, and a great event for critical business-to-business networking.
I loved it!"
SHAWNA BAKER, SOLOPRENEUR AND COMMERCIAL PHOTOGRAPHERSHAWNA BAKER PHOTOGRAPHY
"The business to business aspect of the event is fantastic! It really gives us a chance to showcase our food and service while in a relaxed, inviting environment. We have made many connections and gained new catering clients
and restaurant customers every year."
MIIA HEBERT, CATERING AND MARKETING DIRECTORGARCIA'S KITCHEN
Previous
Next

Give Us a Call

Send Us an Email

We believe that by using our extensive line of products and services, anyone can become a trade show marketing expert and achieve the highest return from trade show dollars invested. We are committed to your success!

EXHIB-IT! offers trade show design and services across-the-board, partnering with businesses and organizations to help them effectively market and exhibit at trade shows and events. We build a strong relationship with each client that is centered on understanding their vision.